Colouring in teacups for Mindfulness

Ahhh pretty teacups!  I took these pictures from the cover of my adult colouring-in book that I received as a gift last Christmas.  Colouring-in is meant to be a great stress reliever by encouraging mindfulness - mmm not sure what people are trying to tell me?  You can get all sorts of adult colouring books but the one I have has lot of tea designs in it and that's why i've shared it with you. 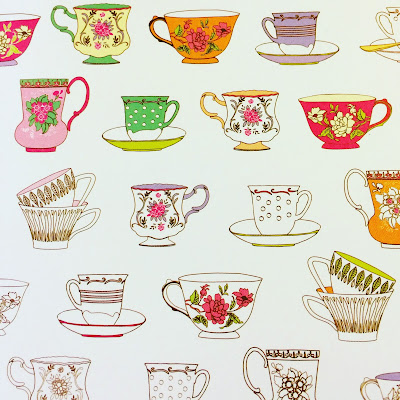 Yeah so I bought some crayolas from the local shop and tried some of my own colouring, which looks pretty rubbish but in my defence, I haven't done this for a while!  Although how is this relaxing when i'm worrying about how it looks?! Ha ha! 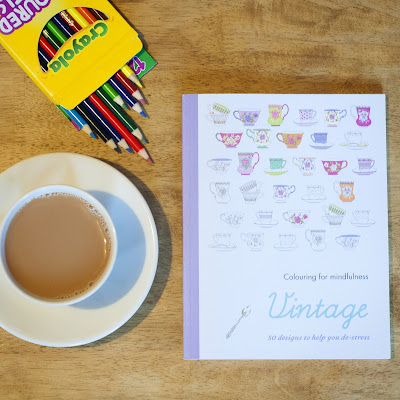 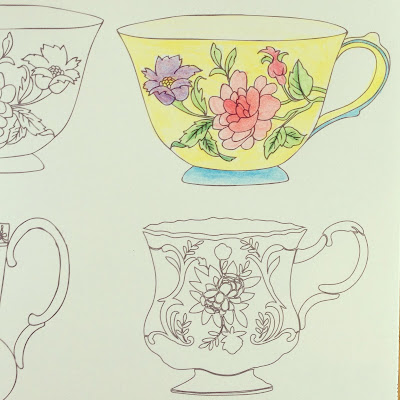 They say that the adult colouring-in craze took off in France big-time with colouring books outselling cookery books. It's now big in the UK too so i'm sure you've heard about this and possibly have your own books?  I've just started and can see how it can help people with their stress and anxieties since focusing on something for a sustained period of time stops you running things over and over in your head.  They says there's no such thing as multi-tasking (busy parents don't slap me!) and it's more about the speed of how quickly you can change your thoughts/actions between different things.  If the brain can't consciously think of more  than one thing at a time then I think we're onto something with focusing on colouring-in.  Is it still fun if you're not a stress-head?  Well probably.
I have the 'Coloring for mindfulness - Vintage' book, so if you like the idea of colouring-in teacups (among other things like London buses) then here's how the cover looks... 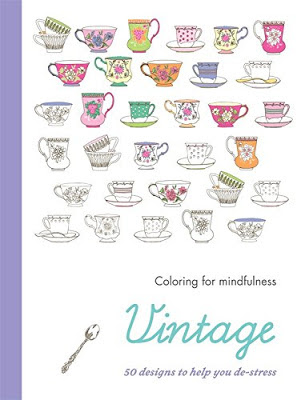 I've also added the book to my shopping widget on the left of the blog, or you can click on the box below. As you can see it's £5.99 (at the time of publishing this), which I don't think's a bad price as it's a good quality book.