So, Matcha May is coming to a close and hope you've been enjoying it as much as I have!  I came across a couple of my pics that reminded me how fun and healthy it is to add Matcha green tea to food!

In the Tea Street blog logo, you may have seen me enjoying some Matcha Ice Cream that I picked up at the 02 Arena in London before going to a concert!  It's a bit blurry, someone must have had a vodka ice cream... 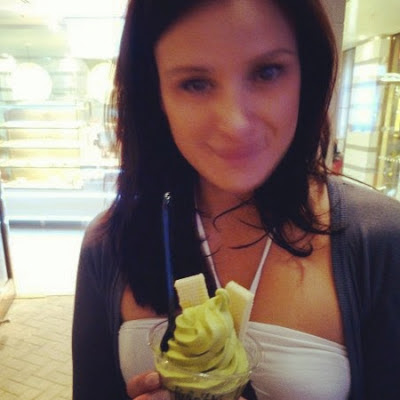 And last year I wanted to make some Matcha cupcakes to share during my birthday celebrations after seeing some lovely ones on the net!  Well, it didn't go quite to plan and it was all rather last minute (so unlike me), so i cheated!  I bought some fairy cakes from the supermarket and instead made my own butter icing, where I added the Matcha and then decorated them with pearl balls and glitter!  As I love films, I decided to make these cupcake toppers with some retro favourites like The Goonies and Back to the Future! 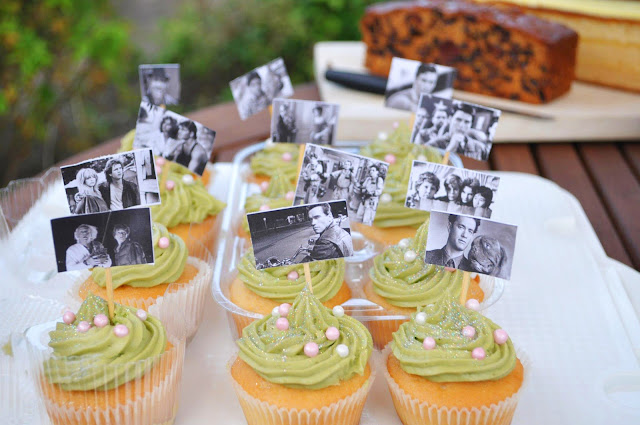 I've been practising at making gluten-free cupcakes, so the next step will be making Matcha gluten-free ones from scratch!  I'll be sticking with the cheesy film toppers though ;-)