I thought i'd take a break from Matcha May on this post and look at 'Lady Yang Guifei' another heroine inspired green tea!  This tea, sold to you by the brilliant EqualiTea is a blend of organic light green tea, rose petals, litchi and pear. 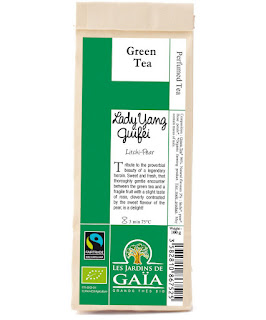 Lady Yang Guifei is known as one of the four beauties of ancient China and lived during the Tang dynasty.  Cutting a long story short, she married the Emperor who was so taken with her he basically spoilt her rotten!  Lady Yang's favourite fruit was Lychees and since they weren't grown locally, the Emperor ordered a relay of horses to bring fresh ones to the Palace.


Lucky for us though, we can order this tea online at EqualiTea at £7.50 per 100g without all this horse business and feel like Princesses ourselves! 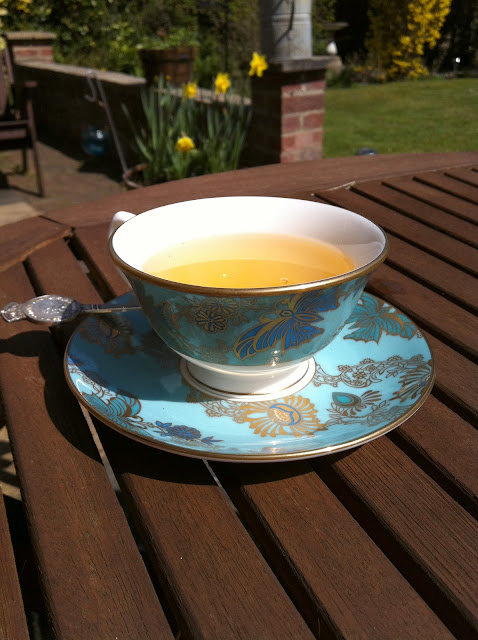 This tea is a perfect accompaniment to these warmer months as it's so refreshing and fruity!  I think this is probably my favourite flavoured tea in the world and I was really taken aback at how much I liked it!  I'm interested to know whether it was the pear flavour or the Lychee that I took to so much, but my guess is it was the marriage of both.  I could also taste the rose petals in an almost slightly 'turkish delight' kind of way, which is funny really as I don't even like turkish delight!  What sounds like a strange mixture fits perfectly together in this sweet blend.


I hope you love it as much as I do!  Here it is on Amazon as well: