It's the year of the Cutty Sark!

A part of the Royal Museums of Greenwich, the Cutty Sark ship was re-opened on April 25th by Her Majesty the Queen and HRH The Duke of Edinburgh.  For pictures of the official re-opening click here.  Obviously there was a lot of motivation to get the clipper tourist-ready with the London 2012 Olympic games this year, but this couldn't have been easy after the fire it endured in 2007.

Talking of the Queen, if you saw Young Apprentice on the BBC last week, you'd have noticed that Lord Shugges himself took the young apprentices to the Cutty Sark for a project briefing!  This ship and Tea share a rich history, so it was a fitting destination because the task was to create and serve an Afternoon Tea at Blenheim Palace!  To see this episode of Young Apprentice again, click here. 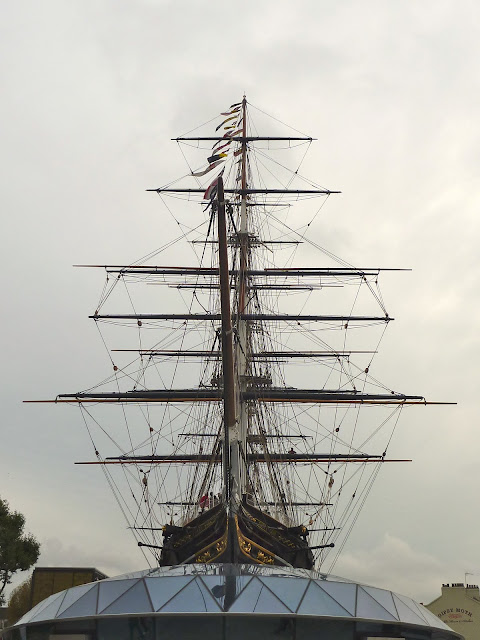 Right so the Queen, Lord Sugar and then... Tea Street blog arrives!  Now let's be honest, if you don't live in London you're not going to train it in and not stop for a cup of tea first!  So on to the Cutty Sark cafe below! 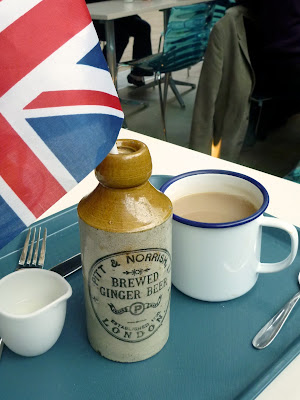 Love the choice of teaware, no pretty cups but proper crew mugs!  Never thought to use an old treacle tin as a napkin holder, note to selves! 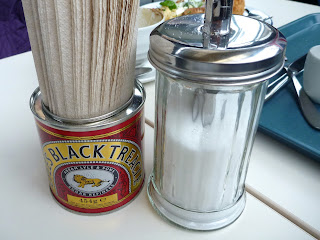 Back to work!  On the ground floor and by the cafe you find interactive displays telling you the Cutty Sark is a Clipper ship used to import tea from China in the 1800s and that 'Clipper' was used to describe a fast vessel that could 'go at a clip', or go quickly. 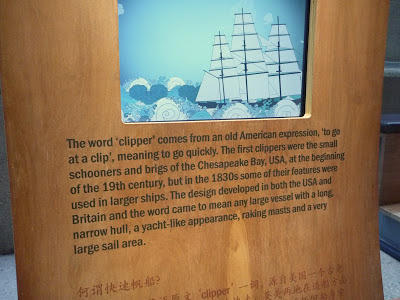 British shipbuilders may have been influenced by the Clipper ships coming from America, but they very much did their own thing and by the mid 1800s Britain had a new style of Clipper that typically had "a long narrow hull, a sharp bow, a yacht-like appearance, raking masts and a very, very large sail area." (Cutty Sark Souvenir Guide).  This design took over as a way of getting Tea from China for several years but there was still more to come.. 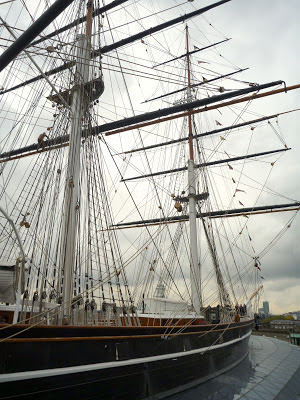 Commissioned by John Willis and launched in 1869, The Cutty Sark was named after a Robert Burns poem about a beautiful witch! 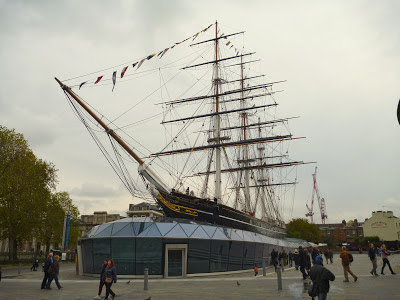 The Cutty Sark design was different to other clippers as it was made of a composite of both wood and iron, rather than just one or the other.  With the wrought-iron frame onto which wooden planks were bolted, the hull was durable and spacious since there weren't big wooden beams taking up space.  This meant more room for cargo and became the principle method for building ships that would sail to China.  These Cutty Sark designs are on display and to buy too which looked good.

In the museum you can look at maps of the route from China to London and even have a go sailing the route by computer!  You can also learn about the famous clipper tea races where ships raced each other back to London with first flush tea, which would then be sold to the Victorians at the highest price. 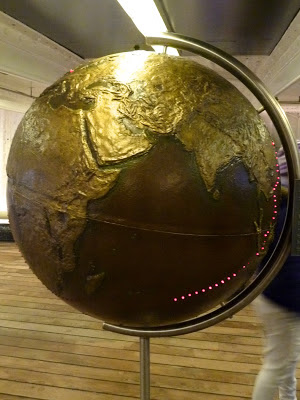 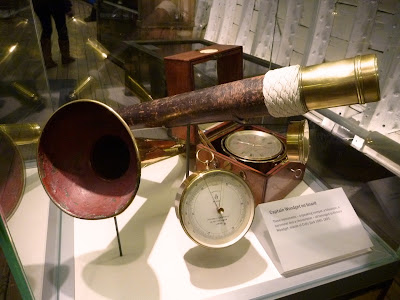 Many clipper ships in late 1800s were wrecked, foundered or lost within first few years and by the mid-1920's the Cutty Sark was the only one still afloat!  A ship of many talents, the Cutty Sark took cargo other than tea (like wool) while Steam ships became the more popular ship to transport tea.  Not necessarily fast in these early days but steam instead of sails meant they could keep to a reliable schedule.

If you're interested in the history of tea and tea importing, you learn so much just by looking at the Cutty Sarks eventful career.  I think it's fascinating to see the ship sitting in Greenwich after all this time and looking so magnificant! 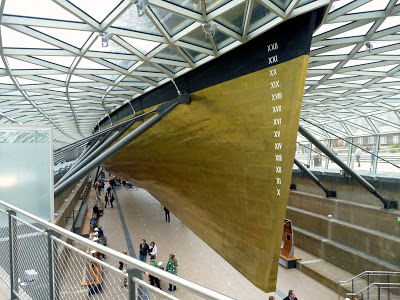 I don't know why, but i was expecting the ship to be huge and was surprised at how yacht-like it was.  It's nice to climb aboard and take in the craftsmanship that went into the clippers of this day when function didn't necessarily take away from its beauty. 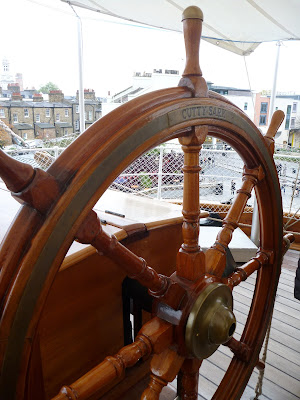 Some more info can be found at the National Maritime Museum just up the road... 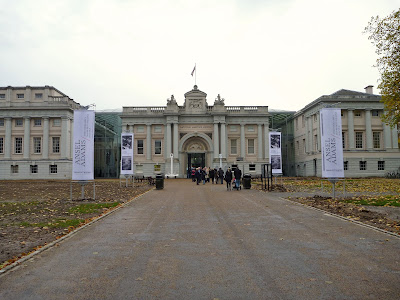 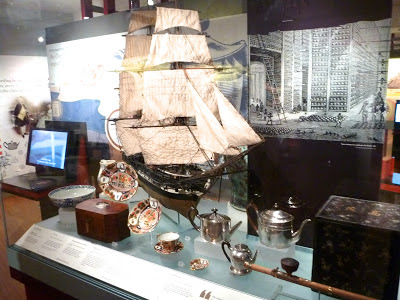 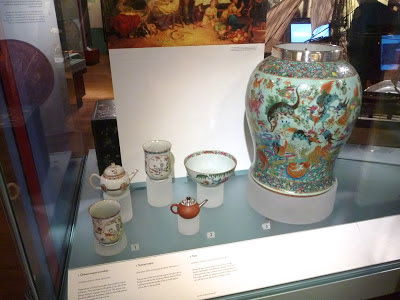