From Tea to Trainers

Why are a growing number of us thinking twice before buying products from big brands?  Going so far as to support private and local companies as opposed to these big global companies we all know?

The more I think about it, the more I see that, the bigger the brand, the more they can limit our choices and therefore have more control over us as consumers, rather than giving us supposedly more choice.  We’ve all heard ‘knowledge is power’, but more often than not I think CHOICE is what gives us power.  Without this then our morale suffers too.

Consumer choice means we get to dictate what we buy, otherwise if one company controls most of the market then we’re always forced to buy their products. If we’re desperate for petrol and the only stations we see are owned by BP then we’re not having choice, whether we agree with their business or not.  It’s not only what we choose to buy then, but what happens when we fund a company and what they choose to do with that money.

How do we know what we’re buying and funding?  Big brands can have several products with different names and it’s sometimes hard to grasp who owns them and what the overall ethics of that larger corporation are.  While we may pick one product because they appear to have similar values to us, the company on the other hand may produce something or fund something we do not agree with.

Big corporations can sometimes hide behind clever marketing so we don’t always know that we’re buying something from a different/bigger company, or from a company that may does questionable things with their money.  I sometimes get frustrated when I hear people call ‘media studies’ or ‘communication studies’ softer subjects.  Since we’re bombarded with marketing and messages at every turn, I for one think that lessons in deconstructing the messages we see as vital. If you know how something works you’re not controlled by it. Just because a product is organic and in biodegradable packaging, doesn’t mean that it’s funded by an independent, local company, if that’s what you want.  Get used to reading packaging and researching the internet if it means enough to you and don’t get fooled by this packaging.  A good example is dairy products with smiling cows on them, are they necessarily that happy? 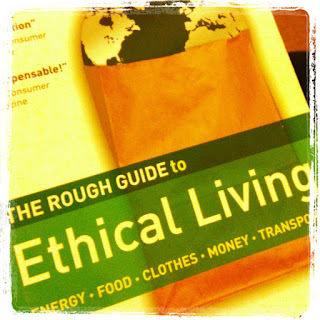 Unfortunately however, I do think some companies go out of their way to hide who they’re owned by or hide behind smaller companies/products and I think this goes against our choice as consumers.  Visibility is the key. If they don’t have some small writing somewhere on their packaging stating who they’re owned by, then I think this is a deliberate ploy to control us.  For example, we may prefer malteasers over Snickers, but it doesn’t take much to figure they’re both owned by Mars.  You then have the choice of buying Mars as a company (with their ethics or lack thereof) or not.

So what reasons do people boycott certain big brands anyway?  There’s a range of reasons, from the treatment of animals, such as caged hens or testing for cosmetics, the treatment of their employees, such as low pay or child labour or environmental reasons such as chopping down trees in the Amazon to make way for cows or for damaging the environment.  Unfortunately, this could be a looooong and mostly horrible list.

One of many good books for more information and a good start is ‘The Rough Guide to: Ethical Living’ (yes like the travel books).  Written in here is a list of ethical considerations and a breakdown of some large companies.  Interestingly, it equally puts forward the idea that large companies may actually have better ethics than some smaller unknown companies because of their visibility.  Big brands have big logos which are instantly recognisable and it could be argued that these companies are so visible that they have to stick to stricter guidelines in terms of ethics as any problems that consumers hear about could mean a big loss of profits due to a tarnished reputation.  I think this has led to some companies adopting certain schemes to show they’re operating ethically.  Maybe this pressure is a good thing.

Since consumers are becoming interested in things such as recycling, some companies may adopt more recycled packaging to win over the consumers.  This is where we have the power to choose and if we make the right choices, then they’ll want to provide more of that service.  The more we buy fair trade for example, the more shops will stock fair trade – we just need to educate ourselves enough to work out what’s in keeping with our ideals.  I personally, wish this was all a little easier as more often than not, convenience prevails and this is where brands with a big market share have the upper hand.  We just don’t always have the time or energy to make a trip to the farm shop or investigate whether ‘product A’ is better for the environment  than ‘product B’.  But surely this is why visibility is so important – so that we have sufficient information with little effort?

Referring to the Rough Guide and looking at Tea specifically (oh she’s finally got on to tea!), Tea is tricky because most teas need to be imported from plantations overseas and grown in a specific climate.  Even looking back to the Ancient Tea Route where tea was bought to us over the extremely tough silk roads, it was still a treat from afar and an example of globalisation in it’s beginning, rather than a product of modern times.

While there are small independently-owned companies providing us with tea, the plantations down the line are mostly owned by few, large estates that also include the factories for processing and packing.  Ethical issues such as worker’s rights and health and safety can be an issue here, which means we still need to be aware of where our favored companies imports from.  Over here in Britain it’s easy to be unaware of what’s going on so far away in India, China etc.  but Fairtrade and Organic tea will help with these issues (such as safeguarding against worker’s being unwell from working with pesticides).

Why should you care though?  In my own opinion, it’s in our rights to want to drink tea that’s not coated in pesticides and why shouldn’t it be possible to consume a nice cup of tea while those who produce it have a good days work?  Health either end.  Since profits are being made, I think it’s only fair that employees get to work in a safe environment and get paid enough to survive – it is 2012!  I think the public have had enough of a few people at the top taking home the money while other people suffer.  Maybe the recession could be a motivator for change?

‘The Rough Guide to Ethical Living’ refers to the following teas as Fairtrade, and the Fairtrade mark means they ‘ensure decent minimum wages for pay, conditions and labour rights for workers.  Its strictures also include some environmental policies, but tea that is both organic and fairtrade ensures even stricter standards.’

Most big tea brands (Tetley, Twinings, Taylors) have signed up to the 'Ethical Tea Partnership‘ which aims to monitor and improve  ethical standards in the supply chains...’  Apparently this is a welcome development but doesn’t offer the same assurances that fair trade would.
Ethical Tea Partnership


Thanks for reading my thoughts of the day and I hope to find out more about this as time goes on.  Interested in your feedback as usual...