I've just finished a novel called 'The Tea Planter's Wife', which is a number one Sunday Times bestselling drama set in a tea plantation in Sri Lanka.  I was drawn to it to see if I would learn anything about tea growing while enjoying a nice story! 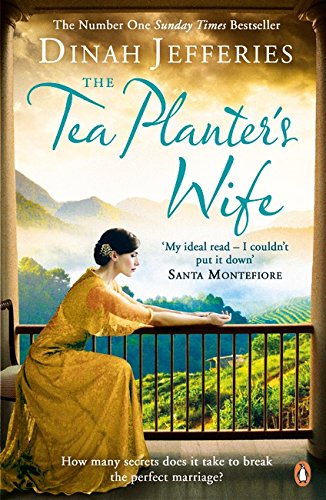 It's advertised on Amazon as:


Dinah Jefferies' unforgettable new novel, The Tea Planter's Wife is a haunting, tender portrait of a woman forced to choose between her duty as a wife and her instinct as a mother...
Nineteen-year-old Gwendolyn Hooper steps off a steamer in Ceylon full of optimism, eager to join her new husband. But the man who greets her at the tea plantation is not the same one she fell in love with in London.
Distant and brooding, Laurence spends long days wrapped up in his work, leaving his young bride to explore the plantation alone. It's a place filled with clues to the past - locked doors, a yellowed wedding dress in a dusty trunk, an overgrown grave hidden in the grounds, far too small for an adult...
Gwen soon falls pregnant and her husband is overjoyed, but she has little time to celebrate. In the delivery room the new mother is faced with a terrible choice, one she knows no one in her upper class set will understand - least of all Laurence. Forced to bury a secret at the heart of her marriage, Gwen is more isolated than ever. When the time comes, how will her husband ever understand what she has done?
The Tea Planter's Wife is a story of guilt, betrayal and untold secrets vividly and entrancingly set in colonial era Ceylon.

I really enjoyed this book and have added it to my Amazon shopping widget down on the right of this page.  I liked that it touched upon a tea plantation's landscape and climate, the plucking and processing methods of producing tea, as well as the treatment of the people  involved in the running of this business, all the while giving us a great story.