As i mentioned on twitter and facebook recently, my Mum and sister went to the legendary Ritz Hotel for a special Afternoon Tea  - and they've passed on some photos to Tea Street blog to share with you! 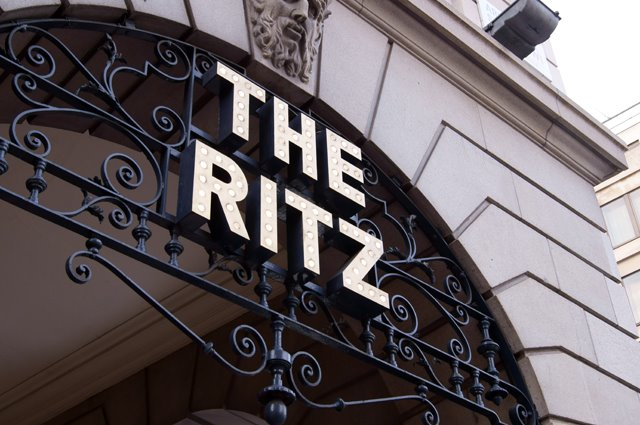 My sister had surprised my Mum with one of the The Ritz's gift vouchers for a special birthday and they were both so excited as Afternoon Tea at this glitzy London Hotel is famous worldwide and a British institution!

When they arrived the doorman was quick to open their London taxi door for them and was even happy to have his picture taken with them!

Inside, the luxurious interior looks like what you'd expect at The Ritz...  They even told me the Ladies bathroom was nice, with a sofa and painted walls! 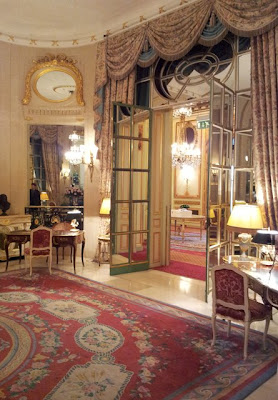 Afternoon Tea in the spectacular Palm Court.  I can see why they have The UK Tea Council's Tea Guild Award of Excellence 2012! 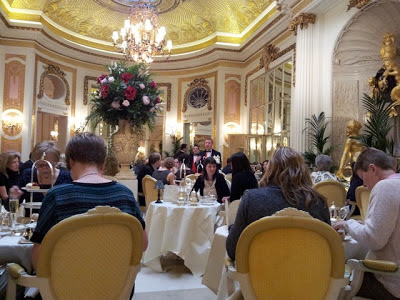 Gorgeous tea service, there were finger sandwiches brought out, scones and cakes as well as the tea which they chose themselves.  My sister is vegetarian and she tells me the waiter was more than happy to ensure her sandwich fillings were suitable.  The scones came out after this picture as apparently they bring them out a little later so they're fresh and warm, yum! 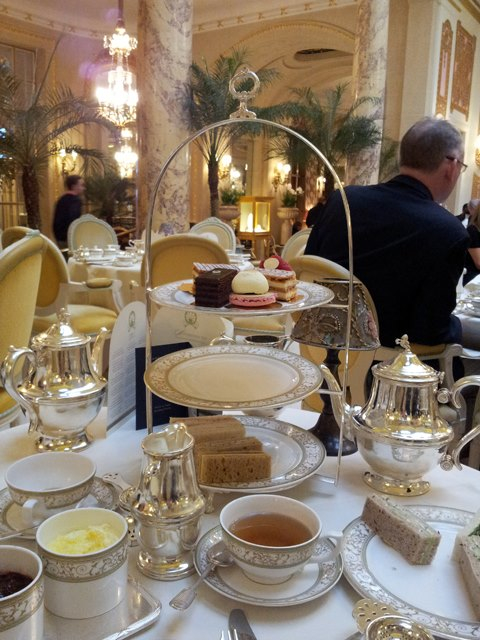 My Mum chose The Ritz Traditional English Tea, a rich malty taste of Assam blended with the fine flavour of Ceylon giving it a delicious well-rounded taste.  My sister tried the Lapsang Souchong Imperial tea, a China large leaf tea from the Fujian region.  It's a smokey tea and not quite to my sister's personal taste, so the waiter was more than happy to change her pot for the Ritz Traditional English - obviously a winner! 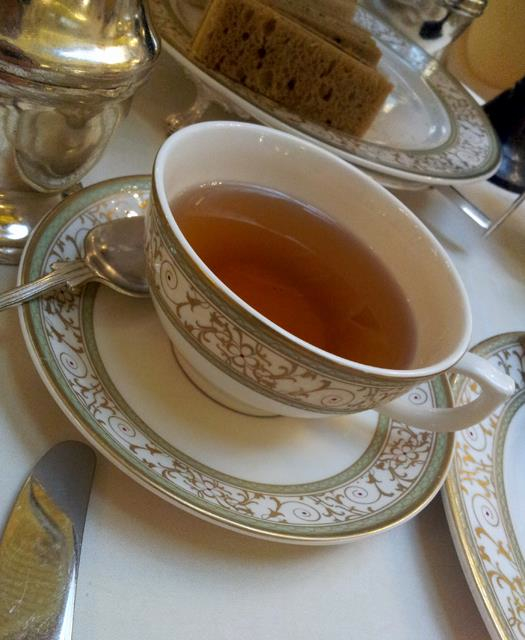 There was a harp player playing music during the Afternoon Tea, but who expects anything less from The Ritz? 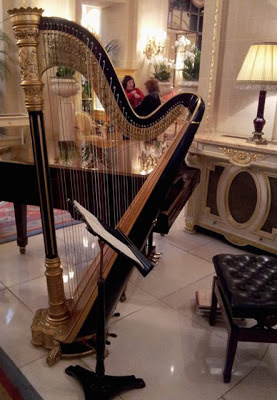 Once they pulled themselves away, they took this lovely picture from outside in the Hotel's Piccadilly location... 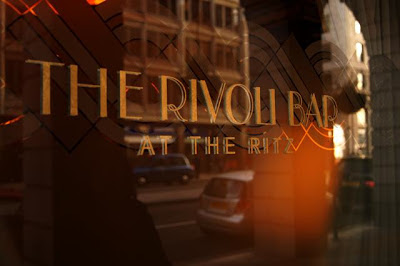 Some lovely looking cakes over the road although they told me they were very full hehe! 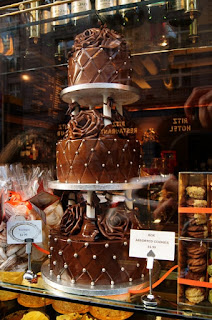 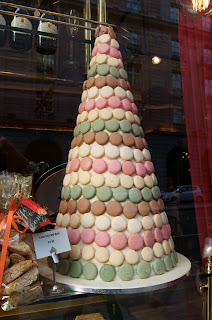 They both told me they had a wonderful time and recommended The Ritz to me as an experience definitely worth trying!  It was all that they expected from somewhere as well-known as this and it's lovely to hear when a place lives up to the name.  It sounded like a great idea for a gift as it's the sort of thing you'd do as a special occasion rather than every saturday!